evry1 Community
Assess THIS! The Role of Assessments in the Hiring Process

Hiring is hard. It’s more art than science in some ways, isn’t it? A resume and a cover letter are just words on a page. The interview process – even when it’s done really, really well – is fundamentally flawed because an interview is an ‘artificial’ environment where, to some extent, everyone is playing a role and putting their best face forward. The tools we have at our disposal are the best we’ve got, but they’re really not great. So when it comes time to decide what candidate should be hired, we rely on qualifications and previous experience, we ask the best questions we can, we check references to verify what we’re seeing, and at the end of the day, we often use gut feel.

But we’ve got an additional tool in our toolbox now. Candidate assessments have been used for years by recruiting firms and hiring companies to introduce some scientific validation to the otherwise subjective process of determining whether someone would be a good fit for the job and the company. And hey – what hiring manager wouldn’t want a crystal ball, of sorts? Something to take away the guesswork, and tell them whether a prospective hire will ‘gel’ with the rest of the team, whether they have a leadership style that will fit well into the organization, and whether they’re likely to be a long-term high-performer.

Just like any other product or service, there are good assessment tools and bad, and some are better for some situations than others. Overall, they’re getting better; the science behind these assessments has evolved over the years, and the ones on the market now are far more robust than they were even a decade ago.

There are two reasons that assessments have become even more common in recent years. For organizations that make DEI in hiring a priority, assessments can mitigate some of the biases that are inherent to the interview process. Generally, people like people who remind them of themselves. That’s not a great way to promote diversity. Assessments can help advance candidates who don’t necessarily fit a particular mold. Additionally, in an increasingly litigious labor law context, some companies prefer to have an objective, software-based rationale as part of the decision making process.

I’m not here to argue for or against using these tools. If they’re right for you and your company, you probably know it already. That said, there are some companies using these tools in ways that are … well, just flat wrong. My hope is that some of them will read this and stop doing that.

The first mistake is about when they’re used. If you’re putting your final shortlist of candidates through some kind of assessment as one of the last stages in the hiring process, fair game. At that point – assuming that the assessment is a good one – you’ll probably get some really meaty and useful insights that you can use (more on that in just a moment). Some companies, though, are asking candidates to complete an assessment before they even interview. Some are even incorporating them into the application process!

Never mind, I know the answer. It’s to make their selection process more ‘efficient’. It’s about filtering out unsuitable candidates as early as possible, so that the recruiters and hiring managers can focus their time and attention on the suitable candidates. Great idea, in theory. In practice, not so much.

Here’s the thing. If you throw an assessment at an applicant this early in the game, you will filter out candidates. You’ll just filter out the wrong ones. There will always be candidates on the market who’ll jump through whatever hoops you put in front of them. You’ll still get them. The ones you won’t get are the ones who know that their time is valuable, the ones who believe that they deserve just as much respect from a prospective employer as they are prepared to show, the ones who know a hiring process shouldn’t be a game.

The second mistake is how some companies use these tools. Let’s get one thing straight: no assessment can, or should, ever replace human decision making in the hiring process. People are fallible, yes. So is technology. It shouldn’t be a choice between a software program on one hand, and people using solid interview techniques, plus good judgement and reasoning skills on the other. Putting those elements to work together, though, can be incredibly powerful.

When they’re used in the late stages of the hiring process, these programs can unearth useful, objective, and data-driven insights that may not have shown up in the interviews. These insights, though, shouldn’t be used on their own to rule candidates out. Instead, they can point you towards additional probing questions that can be asked in the very final interviews. Since the questions come from insights that are unique to each candidate, the questions can likewise be tailored specifically to each person, targeting areas of particular opportunity or concern. The answers to these questions, then, can help hiring decision-makers make better – and still human – decisions.

If I’ve convinced you that you should be using assessment tools later in the hiring process (or, if you’re super-smart and you already were), here’s a bonus round for you. Really intelligent organizations don’t just toss the results of assessments away after the employee is hired. They use them long after the day that person first starts working with them. The insights and information these programs provide (the good ones, at least) help companies align existing employees with the right team, the right supports, the right training and development path, and the kind of leadership that brings out the best in their people. That’s a pretty powerful win-win.

One last thing. If you’re using an assessment as part of your hiring process now, have you taken that assessment yourself? If not, please do that. I’ve heard stories about, and seen screenshots of some questions that are just flat-out ridiculous. The questions on any assessment should be designed for one purpose, and one purpose only: to surface accurate insights about a candidate’s tendencies, behavior, and working style that are useful in predicting a good fit. Trick questions, spatial-manipulation brain-teasers, ‘no right answer’ dilemmas … if your assessment consists mostly of these, shop around. You’re not getting good information, you’re just sending good candidates running. 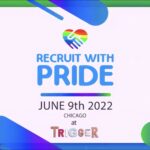 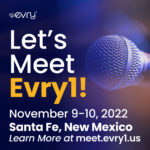